Passaic Valley’s Drama Club and Music Department were hard at work preparing for the Winter Musical, Elf Jr. and the annual Winter Concert in the weeks leading up to Winter Break. The cast of Elf Jr. performed on December 13th and 14th and PV’s Concert Band and Choir performed on December 21st, their first indoor concert since 2019. 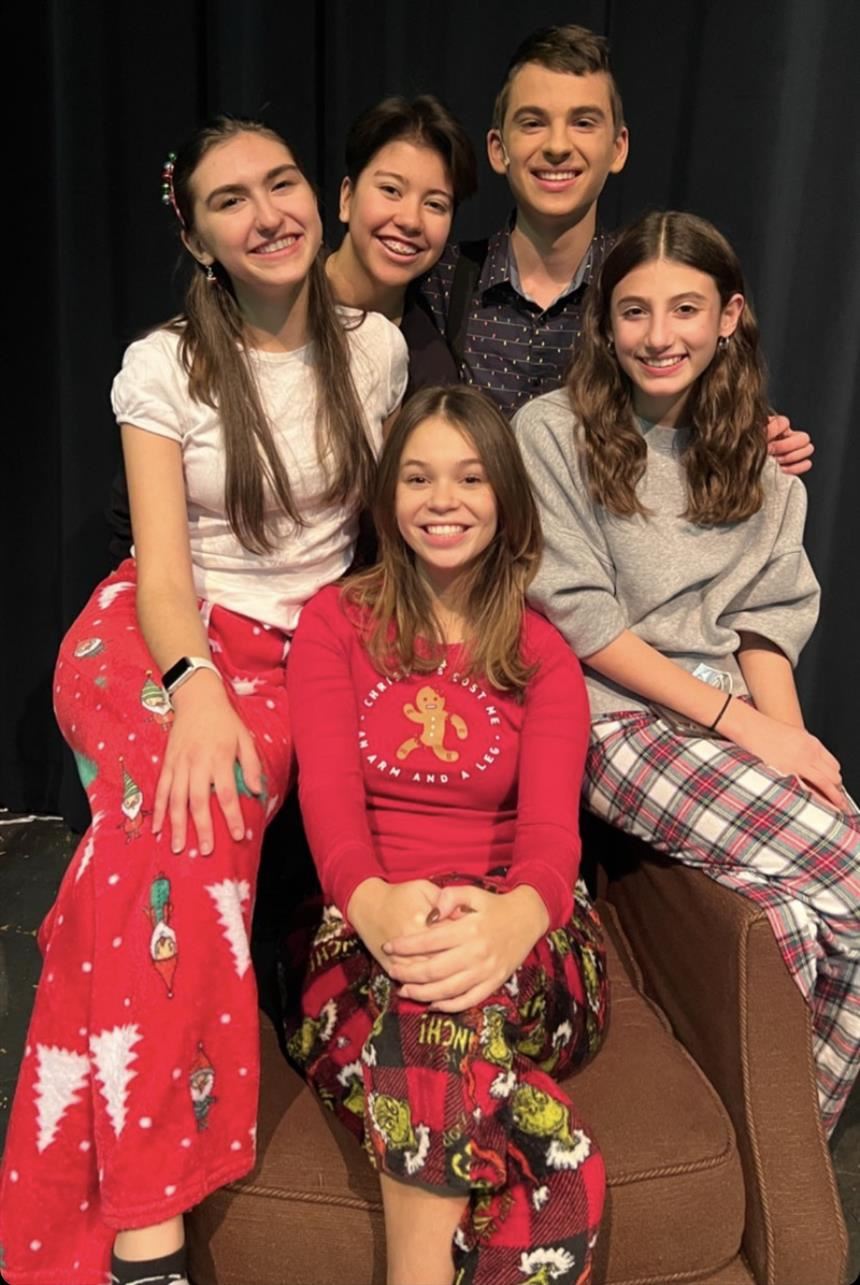 Every December, PV Theater puts on a student-run production of the directors’ choosing. This year, it was decided that there would be a Board of Directors, made up by Gabriella Cielo ‘22, Christopher Perez ‘22, Emma Giron '23, Mallory Cestone '23, and Sarah Zampella '24. They decided to go forward with the production of Elf Jr., PV's first live winter production since 2019.

PV held three performances with an open performance for community members, friends and family on December 13, 2021. They also held two performances on December 14, with one performance in the morning welcoming back the elementary schools of sending districts and another in the afternoon for PV’s Applied Behavioral Analysis program. “I think that’s what I’m most excited for, getting to actually see the kids’ reactions. Last year it was virtual and I didn’t know what they were thinking,” said Cielo, who has been part of PV’s Theater Program for eight years. “This year just to hear them laugh and clap and see them smile, to hear that, that’s probably what makes me most excited.”

The cast of Elf Jr. worked hard to ensure the performance would get the audience into the holiday spirit. “Every day we would teach a dance and then do blocking,” said Cielo. “Practices were like three hours long, but it’s really the week before the performance where it’s chaos, because everything’s coming together.” 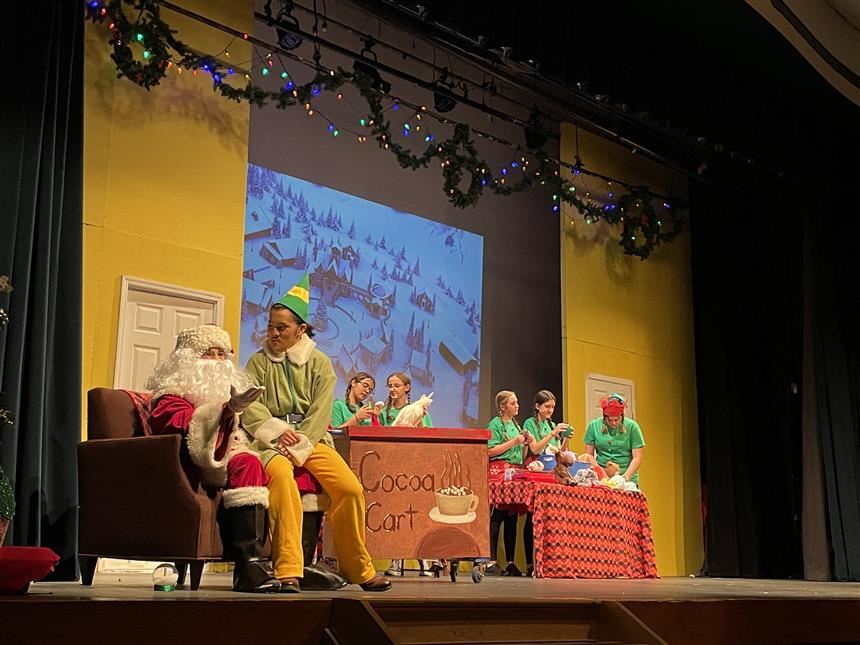 The rehearsal process wasn’t easy, especially being the first live student-run production in two years. However, the cast was ready to get back into business and hit the ground running. “Everyone came prepared and ready to learn,” said Perez. “It was really easy and smooth to work with them.”

Making sure the sets changed smoothly was an important factor in the show. "Those 30 seconds for each change were very nerve-wracking, because I had to be back in the green room on the projector. I would then run to whichever wing needed more help," said Giron, Stage Manager. "It is an adrenaline rush, because we are trying to get everything done before the lights come on, but I was working with some amazing people who worked very hard. It made my job a lot easier."

Concert Band performed pieces that reflected the bright and colorful aspects of the winter and holiday season, like a selection titled "Frosty's Caribbean Holiday". They also performed slower, more delicate pieces. Choir performed holiday classics like "Last Christmas", as well as more traditional pieces, such as "Alleluia on a Theme". "We pick music that has more of a winter theme, such as 'Bobsled Run' and 'A Festival of Carols', and we kind of go off the theme when choosing the rest of the selections," said Mr. DeLuccia.

In May, the Music Department put on their annual Pops Concert outside on the front field. Returning to the auditorium for performances was something the directors and students both anticipated. “It’s great getting back into the auditorium with good sound, good acoustics,” said Mr. DeLuccia. “I think that’s  a lot better, having the visual aspect with the tuxedos and gowns, everything inside. I think it’s a much better look.”

To prepare for the concert, Mr. DeLuccia and Mrs. Vanderstreet-Surace chose songs that would help get the audience into the holiday spirit, but also would be enjoyable for students to perform. “This year I actually involved the choir classes in the process and we chose together,” said Vanderstreet-Surace. “Choosing takes a lot of research and a lot of listening, as well as keeping the audience in mind in order to create an interesting and diverse program.”

To ensure everything runs smoothly for rehearsals and the concert, extra precautions were taken. “As far as this year, Choir is operating essentially as normal,” said Ms. Vanderstreet-Surace. “We keep the windows open and are very thankful to have air purifiers provided by the school for the band and choir classrooms. The students do wear masks in class when they sing, which definitely can be difficult, but I am truly amazed by their love of music and determination to work through it.”