For the first time in Passaic Valley history, the Boys Winter Track Team took home both the Boys Independence League Championship and the County Championship. For his leadership during such a successful season, Coach Joel Thornton was named Big North & Passaic County Coach of the Year. 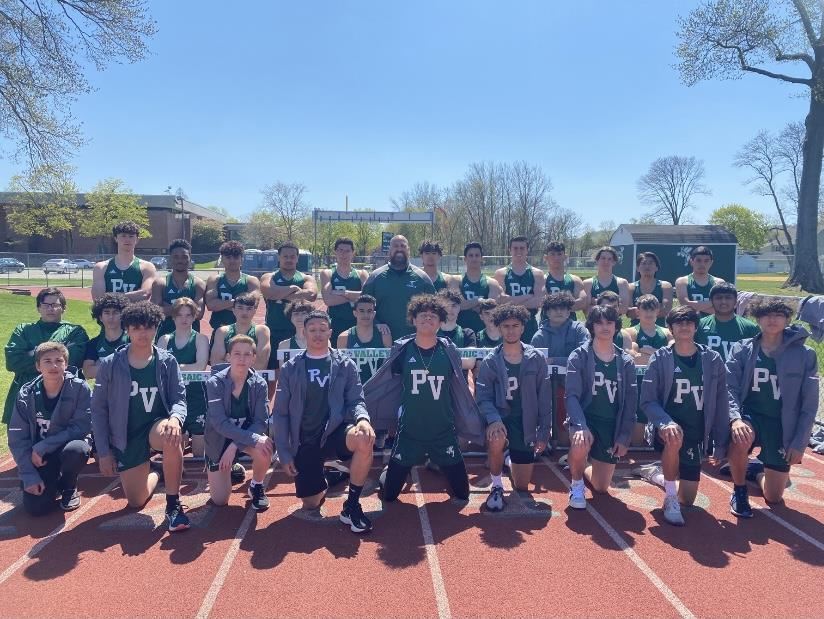 The League Championship Meet, which took place in March, was a huge success for the team. Competing against Wayne Valley, Wayne Hills, West Milford, and Fair Lawn, the team earned a total of 114 points. “I am proud of what we accomplished this past winter,” stated senior Nicolas Iacovo. “Winning all those championships has been a dream come true.” Below is a list of athletes who placed in the League Championship Meet: 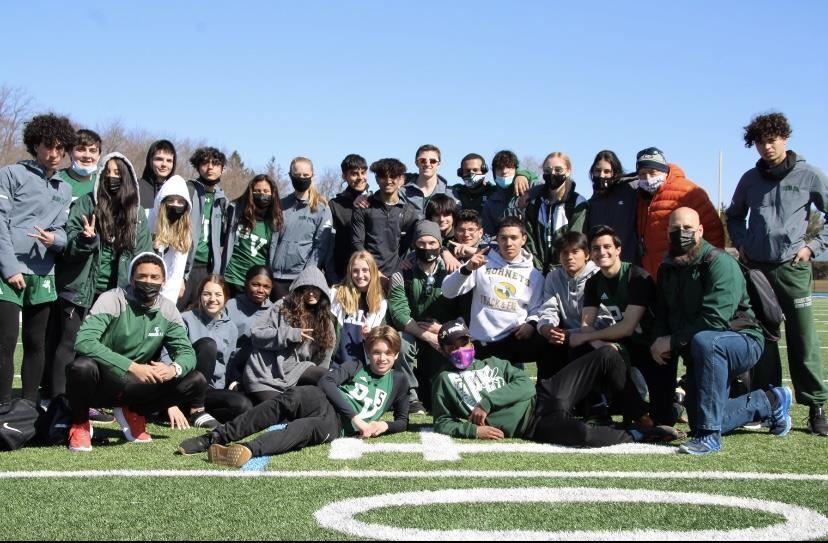 In the Valley Polar Bear County Championship Meet, the team earned a total of 79 points. Competing against Clifton, Eastside, Hawthorne, John F. Kennedy High School, Lakeland, Manchester, Passaic County Tech, Pompton Lakes, Wayne Hills, Wayne Valley, and West Milford, this was a huge win for the team. “I’m honored to be a part of this team and I appreciate all my coaches and teammates who have helped me achieve my highest potential,” said senior Vincent Muoio. Below is a list of athletes who placed in Polar Bear County Championship Meet: 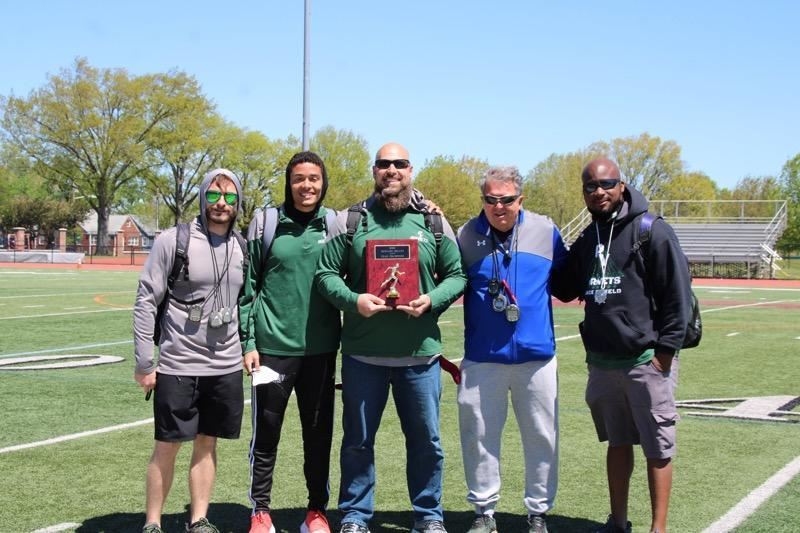 Coach Thornton was named Big North & Passaic County Coach of the Year for the Winter Track Season. “I was honored to be awarded such an incredible title. It's truly humbling to know my fellow League & County head coaches voted for me. This award and recognition is a reflection of the amazing work we are doing here,” stated Coach Thornton. “I am extremely lucky to work with such a supportive team of assistant coaches and talented athletes.”

This season was a huge success, made possible by the amazing talents of both the team and coaching staff, which includes Head Coach Joel Thornton and Assistant Coaches Alfred Cappello, Erik Getz, Walter Bleuler, Ken Burke, and Brandon Rizzo. Listed below are just a few of the stand-out athletes from this season.

This was Redden’s first indoor track season, joining the team after basketball ended. Redden not only competed in eight events, but placed in all of them, two of which he placed first. In the County Meet, Redden scored thirty points out of a possible forty, and in the League Meet, twenty one points out of a possible twenty-four. “Our captains and coaches were a big part of this winter season. Even though it was a short one, we were still out on the track working hard everyday,” explained Redden. “We still have so much left to show everyone in this upcoming spring season. This was my first winter season and it was a good feeling to be League Champion in Long Jump.” 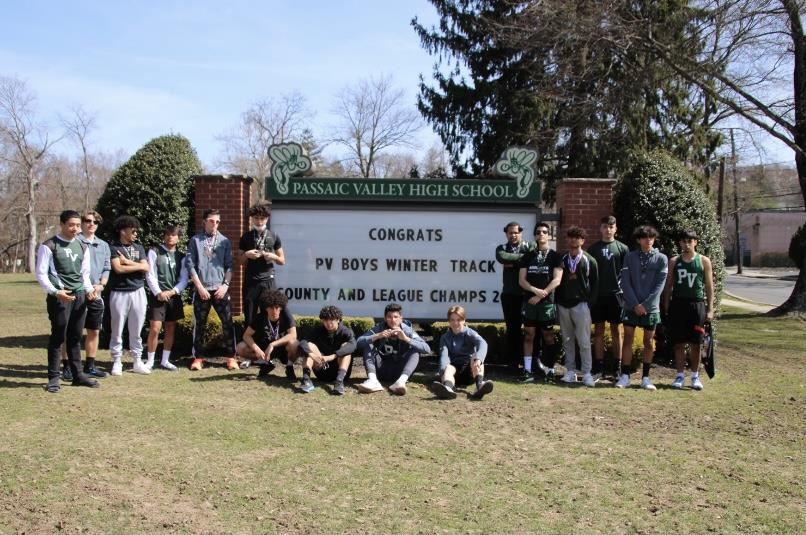 Bloomfield placed in five events out of a total of eight, three of which he placed first. Bloomfield also set a new school record in the Triple Jump with forty-three feet and one inch.

Whitney was able to place in three events, two of which were first place wins. Whitney also tied the school record in the High Jump at six feet and two inches. “This season was definitely one to remember! Everyone did really well fighting through the circumstances from the brutal winter and COVID-19 protocols. We pushed through it as a team to accomplish our goals, which was to win a League and County Championship,” said Whitney. “To me this season was especially special because I won [first place] in both the League and County meets. We will continue to work hard in hopes to do the same thing in the Spring and even add on a sectional title!”

Between the two meets, Soriano placed in four events, two of which were first place finishes. “The boys team deserved this. I can still remember in freshman year we were all talking about this year, how great we would be and how hard we will work to get it,” explained Soriano. “Everyone did their part and that's all you can ask for. This team is going to go down as [one of] the best track teams PV has ever had and that's thanks to the coaches and every single person on this team. Now we bring the same energy to spring and win it all again.”

This season was a big accomplishment for the team, and the most successful track season PV has had in many years. “Success does not happen overnight. The team has been working hard through the years," explained Coach Thornton. “Each year the team grows a little more with each success they have. This group is a product of learning and never giving up.”

Due to COVID-19 restrictions, the Winter Track season was cut short. Usually, the season begins in late November and is about twelve weeks long. However, this year, the season didn’t begin until February 1st, and lasted a mere 8 weeks. Safety precautions were taken in the forms of runners wearing masks before and after practice and a daily COVID questionnaire. All practices and meets were held outside, and athletes brought their own water.

These hardships only made the accomplishments of the team more special. “You could not have dreamt of a better season. As a coach, you hope of having a season where you can go undefeated in the league and carry that momentum into the county and win. I could not be happier for my team,” said Coach Thornton. “They deserve all of their individual and team accomplishments.  They have worked so hard up to this point and to have everything come together at the right time is amazing.”

The Track team is excited for the ongoing spring season, and their hard work has paid off in the form of winning their first ever Invitational Championship in late April.