This year, the Boys Basketball team finished their season with a 12-3 record as Big North Independence Division Champions. The Hornets defeated Wayne Valley 47-46 in overtime on March 6 to force a three-way tie with Wayne Valley and Wayne Hills their first division title in eight years. 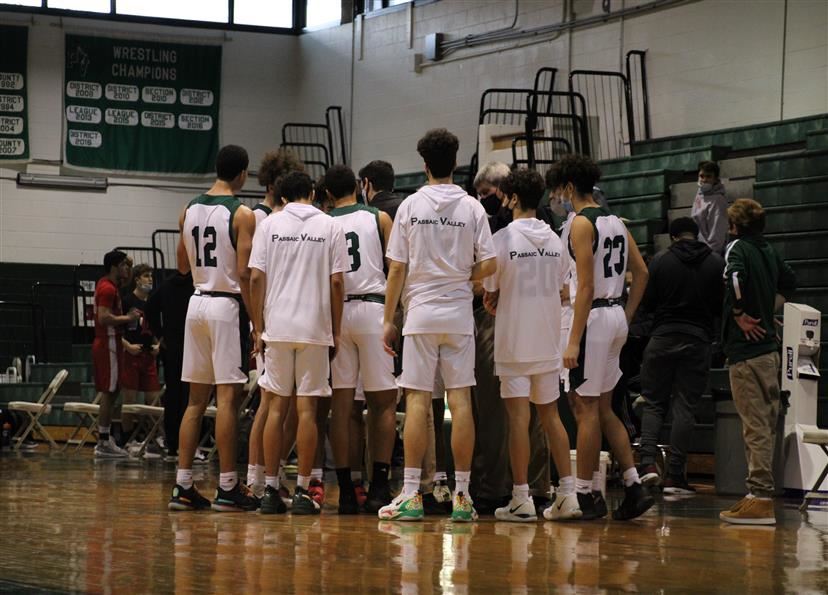 Due to COVID-19, the NJSIAA shortened the high school basketball season to a fifteen game schedule with no postseason play. The teams were allowed to begin in-person practice on January 11 and compete until March 6. With this shortened season, whichever team finished with the best record, would earn the title of Big North Independence Division Champions.

PV’s circumstance was special in that their final two games were against rivals Wayne Hills and Wayne Valley, the teams who they were closely competing with for the best record. After a tough 49-44 loss to Wayne Hills on March 4, the best the Hornets could do was win the game with Wayne Valley to force the three way tie between the teams. You can view the final play of the game in the following article from northjersey.com.

In the beginning of their season, the team found out they were going to have to quarantine, and miss two weeks of their already shortened season. Despite the tough start, the Hornets persevered to come out victorious. This season was especially important to the players who stepped onto the court for the last time this year: the seniors. “It has been a rough season with the COVID protocols and the other challenges we faced. To end the season with a championship is truly special,” said Captain Elliot Whitney ’21. “I really wanted to win a championship since my freshman year and be able to say I did something for Passaic Valley and to finally be able to accomplish it my senior year with the people I grew up playing basketball with, there's no better feeling”.

The success of this season is a testament to both the perseverance of the players and the hard work of first year head coach, Mr. Lou Paradiso. “Watching the team go through everything they went through during the course of the year and then to win the final game in overtime against Wayne Valley was the pinnacle of having a great year despite difficult circumstances,” said Coach Paradiso. “I would say this was a season of determination. In spite of all of the ups and downs of this season, the team continued to persevere and were determined not to quit. I think that is the perfect word to sum up this year: determination.”

After such a tremendous season, the seniors look back on their memories as PV basketball players. “My favorite has to be our last game of this season which was overcoming Wayne Valley in the Championship Game. To beat them my last ever high school basketball game for a championship is something I will hold onto for the rest of my life,” said Whitney.

Senior Zander Timothy echoes Whitney and leaves younger players with this advice: “Just keep trusting each other and remember to always keep your head up!”