In honor of Women's History Month in March, the Valley Echo embarked on a project to highlight standout Passaic Valley female achievements in various subjects. The following article is culmination of that project. Whether students or staff members, these women inspire their classmates, colleagues, and future generations. The women featured in this article are just a few of the incredible, strong, and hard-working women who walk the halls of Passaic Valley. 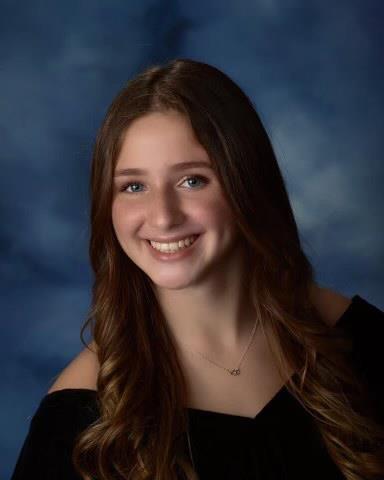 The Valley Echo wants to spotlight Brianna Getzoff for her outstanding work in the STEM field, specifically in Dr. Susanne Iobst’s Anatomy and Physiology course. She is an exceptional student who plans on majoring in Biology with a potential minor in Psychology or concentration in Neuroscience as well as Pre-Med. Brianna wants to be a doctor in the future. “I enjoy this subject because there is always evolution to it. Science isn’t a definitive subject, but one that is always changing when there are new advancements and studies and this concept is the same with medicine,” said Getzoff. “I will always have something to learn and something new to experience, which is why it is so enjoyable”.

Brianna is extremely dedicated to her passion for becoming a doctor. She acknowledges other females in this field as paving the way for young women like herself. “Teachers at PV have set a great example for young women, because they are passionate at their jobs and they worked hard for their students. Dr. Iobst is a remarkable woman, not only because of the rigorous courses she teaches, but because she is an inspiration to all young women," said Getzoff. "She reminds us that anything is possible when we set our minds to it, no matter what people say or what others believe. The only thing that matters is what we believe and what we know we are capable of achieving.”

Brianna is confident that she will be able to achieve her future goals with her work ethic alongside the example that has been set by other women in the field. “The advice I can give to other females not only during National Women’s Month but during every month is to be confident with yourself. Don’t doubt yourself because doubt doesn’t bring success," said Getzoff. "Success comes from your desire and drive to achieve your goals. If you work hard and keep your goals always in mind, you will do amazing things. What the world holds for each individual is unknown, but you can make it beautiful if you let yourself.”

Gabby Cielo, has made a positive impact on the Theater Program, while also being inspired by her female peers and mentors. Ms. Jennifer Shue, Guidance Counselor and PV Theater Director, is a big inspiration for her passions in theater. “Ms. Shue has taken her role and shown young women that directors are not just men, that women too can lead a production whether it is in high school or on Broadway," said Cielo.

Cielo is proud to have been cast as a leading role in this year’s Spring Musical Mamma Mia!, which consists of a cast of predominantly female leads and sees the stage as a place where feminism shines. “The Theater Program has been a place where young girls like myself are put on the same level as men. Unlike sports, there is no girls team and boys team. We are a part of one Theater Program, where everyone's talents and abilities are seen equally," Cielo added.

Ms. Shue believes Mama Mia! “shows the true meaning of female empowerment” as its main character, Donna, is a single parent raising her daughter while also running her own hotel.

Ms. Shue has witnessed many of her former female students come back to Passaic Valley to serve as further inspirations to young women. “Being at PV for such a long time, my students have become role models:  Erin Wilks, Jamie Picarelli, Kathleen McMaster, and Reem Mikhail are a few to recognize."

Lily Zamora uses her artwork to express herself. She sees Women’s History Month as “a great time to spread awareness over the obstacles faced by all women, especially women of color and trans women," said Zamora. "It represents unity between women of all different backgrounds. Sharing our opinions and experiences will hopefully continue to empower women in the future.”

Zamora considers Art Teacher Ms. Carrie Ingraham as one of her biggest role models. “Her compassion for art, particularly her students' art, will forever live on past high school," said Zamora. "Every artist needs a role model, every woman needs at least one role model, and Ms. Ingraham is definitely a role model for me.” 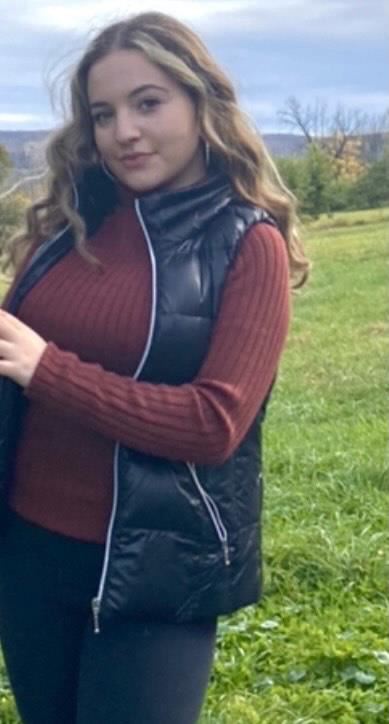 Alina Ajdini is a student in Mrs. Arianna Robeson’s Principles of Engineering class. Ajdini is already an outstanding student in STEM. “At PV, I am constantly in awe of my female teachers and all that they do, especially Mrs. Robeson.  Engineering is a male-dominated field and 10 out of the 13 students were males in our class. But, Mrs. Robeson is constantly showing me and the other girls in our class that a female can do it too,” said Ajdini. “She is an amazing teacher and is part of breaking the societal stigma that engineering isn't for girls. She inspires me every day and shows me that if engineering is something that I want to do, that opportunity is there for me.”

Ajdini wishes to lead other young women in S.T.E.M. with this advice: “Remember that there was a time when girls were told that they could never be doctors, scientists, leaders, and politicians. But here they are doing all of those things. So, if you want to do something, put your mind to it and do it, National Women's Month or not. That is how women of the past have paved the way for us and how we will continue to pave the way for women after us.” 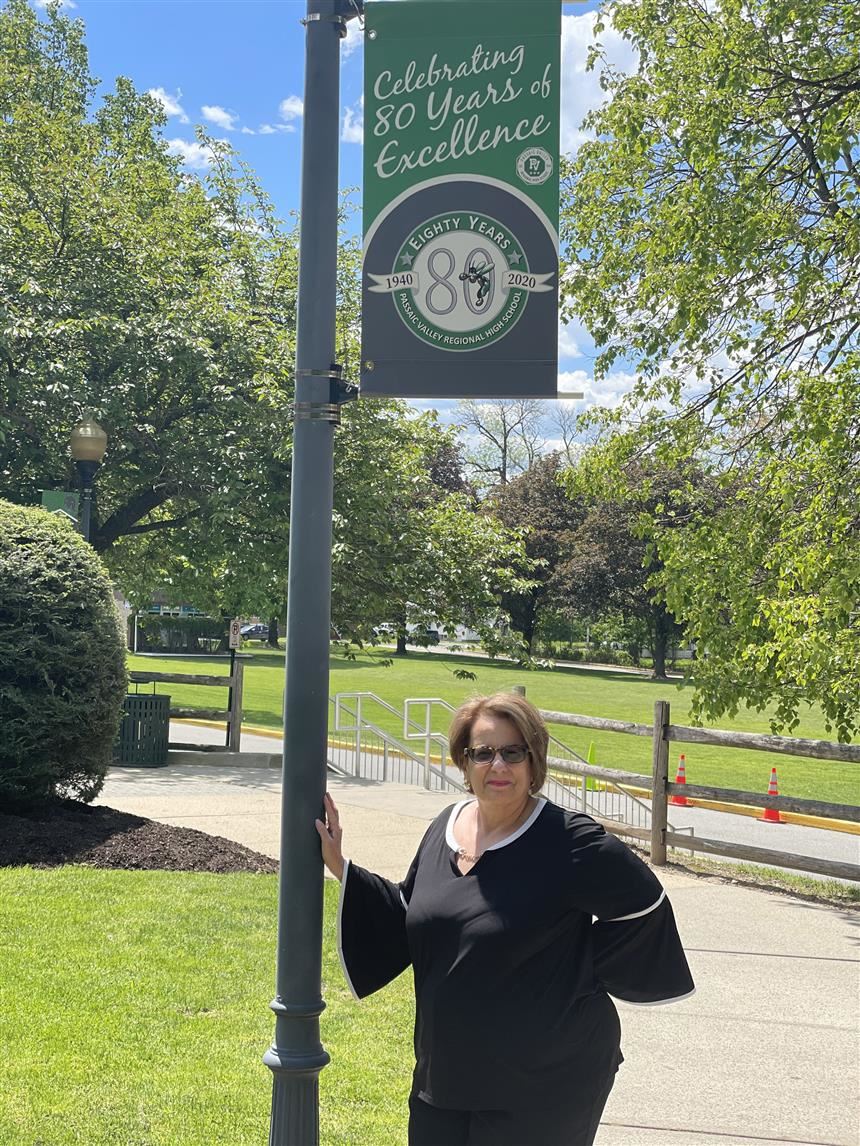 Dr. Cardillo is the first female Superintendent at Passaic Valley. In her six years here, she has worked with some of her female collaborators and colleagues in order to make Passaic Valley the best it could be for all students. “I’m proud to be the first woman superintendent and I hope that I am not going to be the last,” said Dr. Cardillo. “When I first came to Passaic Valley, I quickly understood that it would be a great fit for me, because there was a lot of work to be done and I was ready to take it on.”

Dr. Cardillo acknowledges the importance of women in education. All four superintendents of schools in the sending districts and Passaic Valley have been female since 2014. “None of us knew each other at the beginning, but we came together and formed a very tight bond. We did our best to figure out how to give our students a smooth transition from middle school to PV. Having the all-female dynamic was really important to the collaborative relationships that exist in the districts,” said Dr. Cardillo. “We also have some outstanding female teachers and staff at PV. Ms. Palmiere is relatively new, yet she has made an immense impact already. She started our Career and Technical Education Program, helped to really establish PVTV, and is working to build up our engineering program. She is truly a hard worker and really contributes a lot. Ms. Torres, as well, really speaks for herself. She an absolute powerhouse. There isn’t a thing you can ask her to do that she can’t handle. She has a wealth of knowledge and she is great for the students and Passaic Valley.”

Being in the field of education for 40 years, Dr. Cardillo is a role model for young women. “Knowing that seven out of our top ten are female in my last year as Superintendent makes me so happy. There are at least five to six female seniors looking to go into the field of education, which really excites me," said Dr. Cardillo. "I think that it’s time to really think about the fact that without female teachers and administrators, without having that point of view, and without having women work alongside men as equals, we’re not going to have the kind of schools that we should have and that we need.”